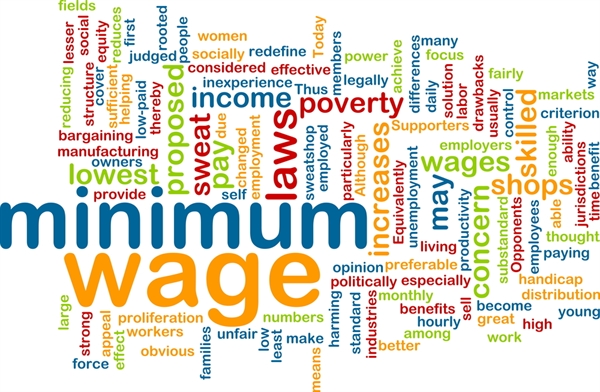 How Raising the Minimum Wage Will Affect Women in the U.S.

Although most people believe that increasing the minimum wage in the United States will help address the issue of unemployment among youth, it is actually women (of all ages) who will be affected most by the minimum wage increase. According to the legislation that has been put forth by the Democratic Party, an increase of minimum wage to $10.10 an hour has been suggested. Using this potential change of the minimum wage rate, the primary goal is to close the gender wage gap by at least five percent over the coming years.

What is the Gender Wage Gap in the U.S.?

Before anyone can understand how minimum wage will affect the “gender wage gap” in the United States, it is important to know exactly what this term means. In specific, the gender wage gap refers to the difference between the earnings of males and females. Moreover, the wage gap is often seen as an average number which represents this difference between the hourly earnings of males and females in one country. Generally, it is used to measure the disparity between men and women in regard to income.

How Will the Gender Wage Gap Be Affected by the Minimum Wage Increase?

By increasing the rate of minimum wage in the United States, the gender wage gap will be “closed” by at least five percent. According to the definition provided above, this indicates that the difference between the earnings of males and females in the United States will be less than the current average difference. More specifically, the minimum wage increase will address the issue of gender equity in the workplace and improve the situation for women in particular.

What is the Current Situation for Working Women in the U.S.?

Currently, women in the United States hold the majority of jobs in the top 10 industries or fields that pay less than $10.10 per hour, including housekeeping, customer service, and childcare. Moreover, more women than men work in jobs that include tipped wages, such as restaurant servers, bartenders, and hostesses. According to these facts, women occupy more roles within the low-wage workforce, and more women than men work in low-paying jobs in the United States.

How Exactly Will Women Be Affected by the Minimum Wage Increase?

By increasing the minimum wage rate, more women than men in the United States will see an increase in overall wages. Not to mention, this change will help to reduce the level of poverty that is common among women who are working within the low-wage workforce. Moreover, the families of working women will be positively affected by this change to minimum wage. Specifically, working women will be able to provide more financial support for their children, while reducing the chances of unemployment among the youth in their families. More importantly, the increase of minimum wage will help to close the gender wage gap; this can encourage more women to work towards further closing this gap and obtaining jobs that are outside the low-wage workforce.